The Grapevine Family and Community Resource Center has been serving families in the area since 1996. The non-profit works to provide support, education, and shared resources in a variety of ways for all members of the surrounding community.  The continual impact this center has on families, teens, children, and people of all ages would not be possible without The Grapevine’s many volunteers, who give hours of their time and energy to the many programs and initiatives offered.

On September 2nd, The Grapevine hosted a wonderful outdoor Volunteer Appreciation Event at their center in Antrim. They honored these volunteers and their families for giving so freely of their time and for the impact they have made on the people who are served by the community resource center.

Grapevine director, Melissa Gallagher, and Jacqueline Roland, coordinator of Avenue A Teen Center, welcomed and thanked the guests and assisted teens from Avenue A in handing out awards and gifts of appreciation. The atmosphere was full of good-will and laughter as stories and personal jokes were told about each volunteer. Melissa said, “Volunteers are the heartbeat of the Grapevine and our Teen Center. Without them we would not exist!”

One very special award was given to the family of Ben Pratt who was a long-time board member and one of the driving forces behind the creation of The Grapevine. Kristen (Vance) McCormick, former GV director, had this to say, “Ben Pratt! I truly don’t know what we would have done without him at The Grapevine—from the very beginning, at every phase, any job that needed doing.”

Ben was one of the original organizers of the Grapevine’s Community Wood Bank, which has served hundreds of families in our region during cold weather and difficult times. Sadly, Ben passed away recently, but The Grapevine wanted to recognize his years of devotion and commitment by dedicating the woodshed in his honor. His family was present to accept a wood-burned plaque that reads The Ben Pratt Community Wood Bank, which will proudly hang at the shed. Gallagher noted, “Ben embodied the spirit of giving selflessly.  He showed up in so many ways for our organization and the community and we are honored to dedicate our Community Wood Bank in his memory.”  (photo of Ben’s family w/ plaque)

Jacqueline Roland, who runs the Avenue A Teen Center, had many people to thank for their selfless assistance with the many programs offered to local teens. Some of the programs include, game night, bonfires, woodworking, writing club, art groups and theater.  It truly takes a village to run such a diverse number of programs and according to Jacqueline it would not be possible without the volunteers. “At Avenue A, over 70 volunteers help lead our programs for teens!  In addition to sharing their skills and talents, they are incredible mentors and local role models for our youth.”

The volunteers at The Grapevine support all aspects of the community resource center – from the Board of Directors and advisory groups who offer vision and guidance, to the teen center volunteers who take the time to get to know the local young people by playing a game, offering advice, and working through tough issues.

Director Melissa Gallagher recognized, “We are so grateful for their time, love and leadership and had so much fun honoring them at our Volunteer Celebration!”  Following are the names of all volunteers recognized at the Grapevine’s Volunteer Appreciation Event. 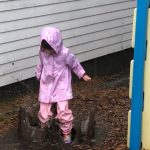 By Amy Doyle, Learning Vine Preschool Director & Lead Teacher As adults, not all of us are comfortable with the idea of being wet and dirty. Yet, young children often […]

If you are a parent to a teen, are you amazed at how things are so different nowadays? Are you concerned about things like how to keep your teen safe […] 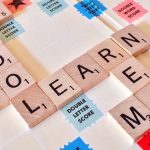 By Grapevine Staff Member, Carol Lunan(Carol is our Director of Family Supports and Services and in addition to her role as parent, has been teaching and supporting children and families for […] 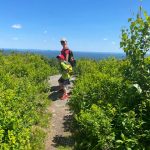 Every spring our Grapevine parents talk about local hikes that are close to home and child friendly. Here is what Carol Lunan, our Family Support Director, has to offer on […]

Nationwide, 7.8 million children are being raised by grandparents or other relative caregivers. Here is what our resident Kinship Navigator, Rosemary Nugent, has to say about the program: Although I […] 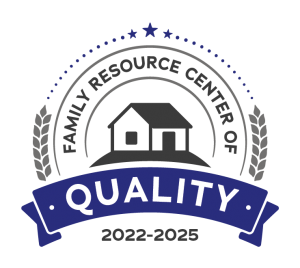